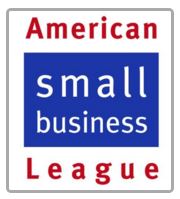 This year marks the sixteenth consecutive year of documentation that federal small business contracts have been diverted to corporate giants.

As far back as 2005, the SBA’s Office of Inspector General described the diversion of small business contracts going to corporate giants as, “One of the most important challenges  facing the Small Business Administration (SBA) and the entire federal government today” (OIG Report 5-15).

In 2014, Public Citizen released their investigation into fraud in government small business programs titled “Slighted.” They accused the federal government of using accounting tricks to “create false impression that small businesses are getting their share of federal procurement money.”

The House Small Business Committee recently unanimously passed H.R. 4329 titled, “Transparency in Small Business Goaling Act of 2016.” That bill was supposed to modernize the Small Business Act, but it contained no provision to halt the flow of federal small business contracts to Fortune 500 firms and thousands of other large businesses.

The ASBL’s research indicates middle-class small businesses are being shortchanged out of up to $200 billion a year. This is a result of the SBA’s exclusions of the majority of federal contracts from their calculations and the inclusion of billions in contracts to large businesses.