Warning: version_compare() expects parameter 2 to be string, array given in /home/customer/www/gtpac.org/public_html/wp-content/plugins/all-in-one-seo-pack-pro/app/Pro/Utils/Addons.php on line 75
 Challenge to negative performance report is not a ‘protest’ | Georgia Tech Procurement Assistance Center

A contractor’s attempt to challenge an adverse Contractor Performance Assessment Report (CPAR) was not a bid protest subject to the bid protest jurisdiction of the U.S. Court of Federal Claims. 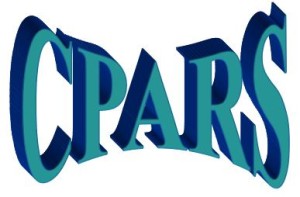 In a recent decision, the Court rejected a protester’s creative attempt to challenge a CPAR as part of a bid protest.  Instead, the Court held, a CPAR ordinarily must be challenged through the FAR’s claims and appeals processes–although the Court appeared to leave the door open to bid protest challenges in limited circumstances.

The Court’s decision in ITility, LLC v. United States, No. 15-237C (2016) involved a past performance evaluation ITility, LLC received from the U.S. Air Force under a program management support contract.  After various disputes arose, the Air Force issued a stop work order and allowed the period of performance to expire.  The Air Force subsequently issued an interim CPAR report concerning the contract.  The CPAR presumably rated ITility’s performance negatively (the actual rating is redacted from the Court’s decision).

Keep reading this article at: http://smallgovcon.com/u-s-court-of-federal-claims/cpar-challenge-wasnt-a-viable-protest-says-federal-court/