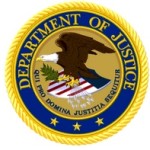 Following a 13-day trial in U.S. District Court, a jury convicted Ricky Anthony Lanier, 48, and his wife Katrina Reshina Lanier, 43, both of LaGrange, N.C., of conspiracy to commit wire fraud, wire fraud, and major fraud against the United States.  Together, they orchestrated a scheme to fraudulently obtain federal contracts intended to be awarded to businesses lawfully participating in the Department of Veterans Affairs’ Service-Disabled Veteran-Owned Small Business (SDVOSB) program and the Small Business Administration’s 8(a) Business Development program.

We last reported on this case on September 15, 2014 (see: http://gtpac.org/?p=8302) when a federal grand jury indicted this couple.  They pleaded not guilty at that time. 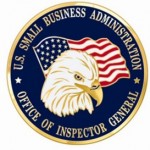 According to the evidence presented at trial, the Laniers conspired from November 2005 to April 2013 to defraud the United States government through a scheme to fraudulently obtain federal contracts intended for SDVOSB and 8(a) firms.  The scheme involved false representations that JMR Investments was eligible as an 8(a) business and that Kylee Construction was eligible as an SDVOSB and an 8(a) business. 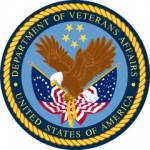 Ricky Lanier, who had previously owned and operated an 8(a) business receiving government contracts, became ineligible to participate in the 8(a) program after that business graduated from the 8(a) program in 2008.  Lanier used a friend and service-disabled veteran as the purported owner of Kylee Construction, representing that the friend was involved in the daily management of the business, even while the friend was working for a government contractor in Afghanistan.  The Laniers used a business owned by Ricky Lanier’s college roommate, JMR Investments, as a front to obtain construction contracts from the National Park Service and other federal agencies under the 8(a) program, misrepresenting the friend’s involvement in the management and operation of the business.

The scheme also involved sub-contracting out all or almost all of the work on the contracts in violation of program requirements.  Among other contracts, Ricky Lanier defrauded the National Park Service in connection with a contract to replace a wastewater treatment facility at the Tremont Institute in the Great Smoky Mountains National Park, falsely representing that subcontractor costs were over $400,000 more than they actually were, resulting in the award of a contract for $1.1 million when all work on the project was performed by a Kodak contractor for $550,000.  Lanier also fraudulently obtained a $1.3 million construction contract at the James H. Quillen VA Medical Center which had been set aside for SDVOSBs.

As a result of the false representations, Kylee Construction was awarded over $5 million in government contracts and JMR Investments was awarded over $9 million in government contracts, to include contracts for construction at the VA Medical Center at Mountain Home, Tenn., and in the Great Smoky Mountains National Park. The Laniers received almost $2 million in financial benefit from the scheme, using accounts of the shell companies for payment of personal expenses.

Nancy Harr, Acting U.S. Attorney for the Eastern District of Tennessee said, “The integrity of the Service-Disabled Veteran-Owned Small Business program is vital to its continued success. The U.S. Attorney’s Office will aggressively pursue and prosecute those who attempt to defraud that federal program and therefore the United States.”

Law enforcement agencies participating in the joint investigation which led to indictment and subsequent conviction of Ricky and Katrina Lanier included the Offices of Inspector General of both the VA and the SBA, with assistance from the U.S. Secret Service.