Senators John McCain (R-AZ) and Jack Reed (D-RI), the chairman and ranking member of the Senate Armed Services Committee (SASC), recently held a series of very important hearings regarding the need to make fundamental changes to the structure and substance of defense management. 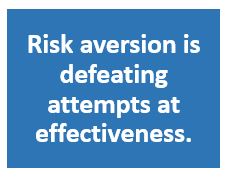 Punaro had numerous observations and suggestions about the need to reduce the Defense Department’s infrastructure and overall overhead, while Augustine and Gansler spoke eloquently about the enduring problems facing the defense industrial base — many the inevitable result of defense acquisition policies that discourage new companies from entering the defense marketplace while simultaneously encouraging many in it to exit, as recently seen in the decision of United Technologies to divest its Sikorsky Helicopter unit.

But, perhaps the most significant observation regarding acquisition came from Flournoy, the former Pentagon policy chief, who noted that it was important that “the federal acquisition regulation (FAR) is not used as a means to prevent industry from being at the table to suggest solutions and inform the debate about what is technologically possible.”

Keep reading this article at: http://www.afcea.org/content/?q=Blog-putting-defense-industry-defense-table