The most commonly sustained grounds for protest were:

Although the 12% sustain rate is low, the figure is somewhat misleading because of the number of cases in which the agency takes voluntary corrective action.  The effective rate of cases, which combines both cases that were sustained or resulted in agency corrective action,was 45% in FY 2015, constituting a 2% increase from the prior year and the highest effective rate in the past 5 years.

More details, including comparisons to the previous four years, can be seen in the chart below. 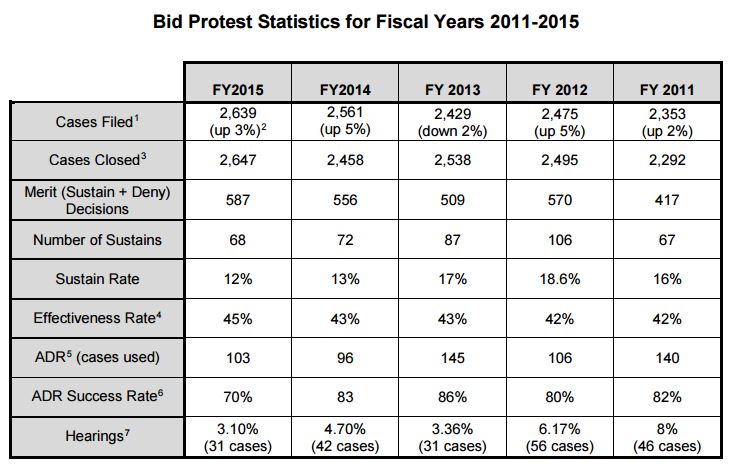