North Carolina transportation officials are pushing ahead with an embattled toll road outside Charlotte, even after a politically connected paving contractor involved in the $840-million project pleaded guilty last year to defrauding taxpayers. 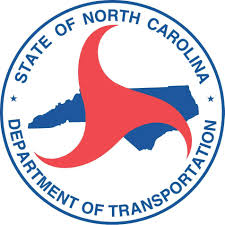 The state Department of Transportation announced Thursday construction had begun on the Monroe Expressway, a 20-mile highway in Union County. The project, which had been stalled for years by a lawsuit over its environmental impact, is being built by a joint venture of three companies.

One of those firms, Boggs Paving Inc. of Monroe, pleaded guilty to conspiracy in September in what federal prosecutors described as a bid-rigging and kickback scheme involving nearly $88 million in government highway construction contracts between 2003 and 2014. Company president Carl A. “Drew” Boggs III is awaiting sentencing after pleading guilty to conspiracy and money laundering. He faces up to 25 years in prison and $500,000 in fines.

Despite that, the three-company consortium, Monroe Bypass Constructors LLC, has been paid $6.8 million by the state during the eight months since the guilty pleas were entered, according to N.C. Department of Transportation spokesman Mike Charbonneau. In addition, Boggs Paving has been paid $108,290 since September for two other road projects.

Keep reading this article at: http://www.wncn.com/story/29185407/nc-toll-road-moves-ahead-with-contractor-guilty-of-fraud