In a proposed rule released May 1, 2015, the SBA adopts a pragmatic approach that nonetheless may be legally problematic given that Congress did not authorize a continuation of WOSB self-certification pending SBA regulatory action.

SBA recognizes that Section 825 also created a requirement that a firm be certified as a WOSB or EDWOSB by a Federal Agency, a State government, SBA, or a national certifying entity approved by SBA. This statutory requirement appears to apply to both sole source and set asides under the WOSB Program, and may require substantial resources. Establishing a certification requirement and process will require a more prolonged rulemaking before SBA can establish such a program. In our view, there is no evidence that Congress intended to halt the existing WOSB Program until such time as SBA establishes the infrastructure and issues regulations implementing the statutory certification requirement. Instead, we maintain that the new WOSB sole source authority can and should be implemented as quickly as possible, using existing program rules and procedures, while SBA proceeds with implementing the certification requirement through a separate rulemaking. 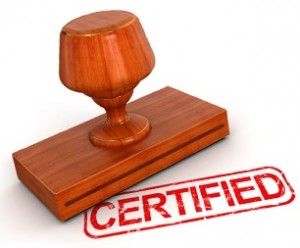 I admit that I am sympathetic to the SBA, which may have been caught off-guard (as was I) by Congress’s elimination of WOSB self-certification.  As I noted in my December post on the topic, the WOSB self-certification provision was not included in the original NDAA bills passed by either the House or Senate.  Instead, it was adopted at the last minute, and with little or no debate, as part of the final conference version of the 2015 NDAA.  The SBA is also correct that it likely would require substantial resources to adopt a SBA-run WOSB self-certification program – which I believe would be the best approach over the long run.

Keep reading this article at: http://smallgovcon.com/women-owned-small-business-program/wosb-self-certification-elimination-the-sba-weighs-in/