Last year’s fourth quarter in federal government contracting is set to be eclipsed by its 2014 successor: The number of regional opportunities remains the same, but with a much higher dollar value. 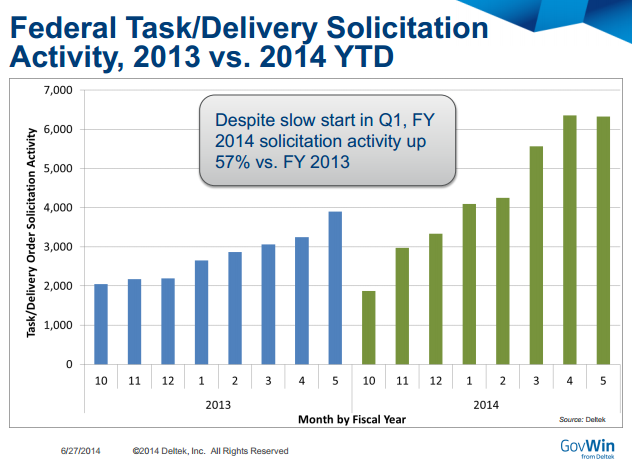 Like last year, the Mid-Atlantic region has the most robust opportunity pipeline of any region, offering both the highest number of end-of-fiscal-year opportunities and total value: more than 450 solicitations are anticipated, worth $28 billion.

The southeast and south central regions round out the top areas, with $10 billion and $4 billion, respectively.

Keep reading this article at: http://www.washingtonpost.com/business/capitalbusiness/fourth-quarter-contract-opportunities-expected-to-be-worth-more-than-63b/2014/07/03/95aa2c30-fb14-11e3-932c-0a55b81f48ce_story.html