With federal contract spending near its lowest levels in a decade, agencies are upping their solicitations and award-hungry companies are increasing their bid protests. Chief factors in the spending reductions are the drawdowns of the wars in Iraq and Afghanistan (the Pentagon being by far the largest contracting agency) and sequestration.

These and related trends are captured in the following five charts drawn from a new report on fiscal 2013 contracting released this month by the National Contract Management Association (NCMA) in partnership with Bloomberg Government. 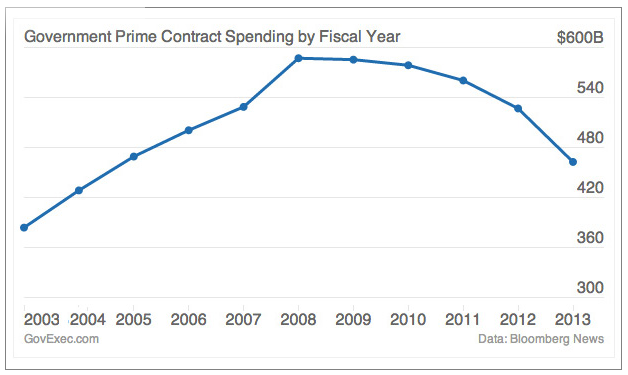