The Pentagon in September announced almost 730 awards potentially worth about $47 billion, according to a Military​.com analysis of the Pentagon’s daily contract announcements.

The value doesn’t include tens of billions of dollars in previously announced Army alternative-energy contracts, or reflect what is actually spent, or obligated, because many deals are only partially funded at first.

Keep reading this article at: http://www.dodbuzz.com/2013/10/11/pentagon-contracting-surged-before-shutdown/ 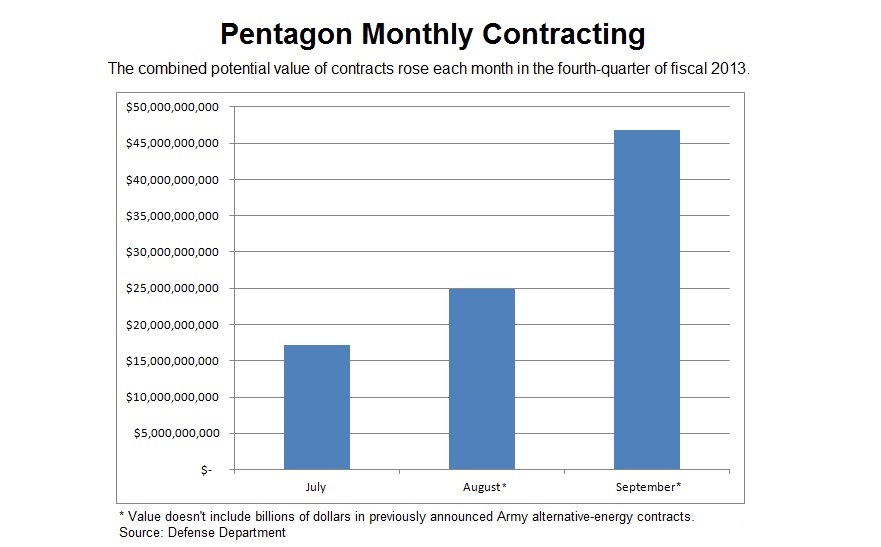